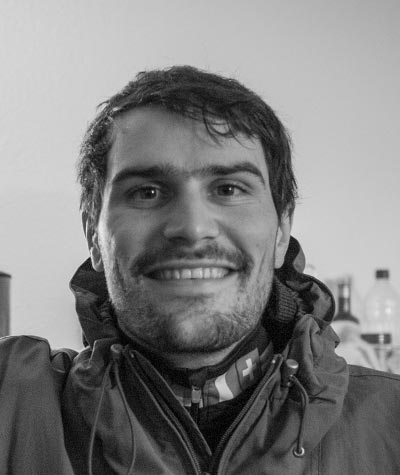 I received a master of science majoring in mathematics from the Virginia Polytechnic Institute and State University (Virginia Tech) in Blacksburg, Virgina, United States of America. After returning from studying abroad, I won the “Research Student Award” of the Karlsruhe Institute of Technology, Germany, supporting the outstanding research idea of my diploma thesis on the “Simulation of surgical cutting using the Extended Finite Element Method (X-FEM)”. In june 2013 I received the diploma of the Karlsruhe Institute of Technology (KIT), Germany. The work of the diploma thesis has been extended to a pre-print entitled as “Simulation of Complex Cuts in Soft Tissue with the Extended Finite Element Method (X-FEM)”. Between October 2013 and January 2014 I have been working as a research engineer in the research group Mimesis lead by Stéphane Cotin. In that time I started incorporating topological changes into the C++ finite element framework SOFA (www.sofa-framework.org).

Between January 2014 and March 2017 I conducted my PhD addressing the “Modelling and real-time simulation of topological changes in soft tissue”. In the context of my PhD, I considered the simulation of cuts using topological changes, which has been published as a conference and journal paper with the title “Virtual Cutting of deformable objects based on efficient topological operations”. We applied our approach in augmented reality first described for silicone objects in “Augmented Reality during Cutting and Tearing of Deformable Objects” and expanded to the surgical context in “Surgical Augmented Reality with Topological Changes” and “Handling Topological Changes during Elastic Registration: Application to Augmented Reality in Laparoscopic Surgery” .

At the moment I am mainly interested in the real-time simulation of objects with complex geometries. Currently, we are working with the immersed boundary method, preliminary results have been published in “An Immersed Boundary Method for Detail-Preserving Soft Tissue Simulation from Medical Images“.