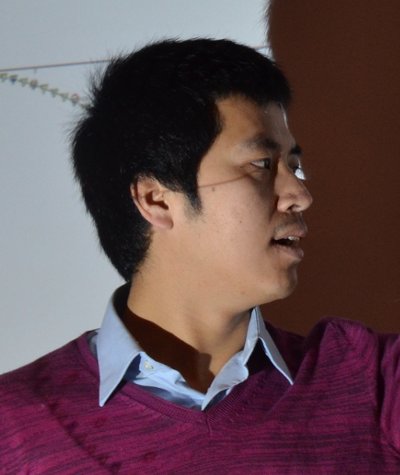 Huu Phuoc Bui is currently working as post-doctoral fellow funded by the USIAS Fellowship of Stéphane P. A. BORDAS.

H.P Bui studied Civil Engineering at Ho Chi Minh city University of Technology (Vietnam), where he obtained his B.E with first-class honors in 2008. One year later, he got his M.E at INSA de Lyon, working on the behavior of reinforced concrete structures strengthened by Carbon Fiber Reinforced-Polymer (CFRP) layers under the supervision of Prof. Ali Limam. In 2013, he obtained his Ph.D at University of Grenoble under the direction of Prof. Frédéric Dufour and Prof. François Faure, working on the multiscale approach of concrete structure failure. After a temporary position as lecturer at Joseph Fourier University in 2014, he has joined the Legato team of Prof. Stéphane Bordas at University of Luxembourg for his postdoc about real-time simulation of surgical cutting in direct collaboration with the MIMESIS team in Strasbourg and working directly with Dr. Hadrien Courtecuisse and Dr. Stéphane Cotin.

His areas of interest include computational mechanics with an emphasis on cracking of quasi-brittle materials, multiscale simulations, and more recently on high performance computing, and surgical simulation.